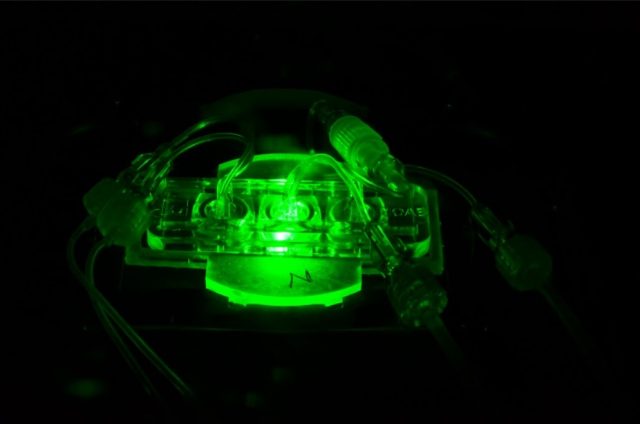 WHAT IS AN ORGANOID?

Structurally less complex than an organ, but definitely more representative of a cluster of cells arranged on a laboratory plate. Organoids can be defined as aggregates of cells that spontaneously take on a precise three-dimensional conformation, ending up resembling miniature organs. The ability of these cells to organize and distribute themselves in an orderly manner, retracing the most important steps in the organogenesis process, has made Organoids unparalleled 3D cell models to obtain new information on the development of the various organs and on the interactions between tissues.

Thanks to organoids, the study of developmental biology has changed radically as they have allowed researchers to look at the processes of embryogenesis of organs such as the brain, liver or pancreas in a revolutionary way. Despite being small structures – generally not exceeding a few centimeters – organoids can be formed from cells taken directly from patients and, therefore, are essential elements for understanding what happens to an organ when it is attacked by a disease such as cancer. Furthermore, the researchers are thinking of being able to use them to evaluate the toxicity impact of a new drug on the physiology of various organs and, therefore, hope that organoids will soon become a useful link in the chain of development of targeted cancer therapies. and many other chronic or autoimmune diseases.

The study of organoids is only at the beginning and biomedical research has already made a lot of progress: it will be essential to understand the mechanisms to promote good innervation and vascularization of these mini-organs, in order to make their development conditions more and more realistic. In addition, the flow of fluids and oxygen and the mechanical stimulations to which they are subjected must remember those to which the original organs are subject. However, the notional baggage that can be deduced from these amazing three-dimensional cellular models is much greater – and much more accurate – than that given by classic 2D plate cultures. For this reason, it cannot be excluded that one day organoids may play an important role in the transplantation of whole organs.

Organoids are one of the most innovative models in use in biomedical research, as they reproduce the three-dimensional structure of human organs and tissues in vitro. But what is the boundary between a 3D cell culture and an organoid? Researchers from the University of Utrecht (Holland) – which was also the cradle of the first organoids – asked more than 60 experts in the field from all over the world. The responses made it possible to reach a consensus on the concept of organoid and to propose a coherent system for classification and nomenclature. The new definition will serve to facilitate the exchange of information between scientists, the reproducibility of results and scientific progress. The article was published last May 6 2021 in the Cell Stem Cell magazine.

ARE ALL 3D MODELS ORGANOIDS?

Organoids are miniature replicas of human organs and tissues: they could be derived from induced pluripotent stem cells (iPSCs) or from adult cells and tissues, including cancer. Unlike classic 2D culture methods, an organoid reproduces the exact three-dimensional structure of the original organ. These models have found wide use in biomedical research, to test new drugs or to study the processes of organogenesis or carcinogenesis.

Despite their rapid expansion, however, organoids have gone through more than one identity crisis over the years. It is still not clear, even among scientists, what can be called “organoid” and what certainly is not. Without precise rules, until now anyone was free to call any three-dimensional cellular model organoid. According to the new definition, however, many of those that in the past were classified as organoids, today would no longer be.

The idea came from the University of Utrecht, which is also the place where, in 2009, the scientist Hans Clevers cultivated the first miniature organ in the laboratory. A group of researchers coordinated by Bart Spee, professor of the faculty of veterinary medicine, has prepared a questionnaire to be administered to leading organoid experts around the world. The aim was to collect as many contributions as possible to formulate a new, more precise and shared definition of what an organoid is. Participation was very high: 65 scientists from 16 different countries responded, 85% of those interviewed.

So what is an organoid? According to the new definition, an organoid is made up of primary cells, i.e. derived directly from the dissociation of a tissue, healthy or diseased (for example from a tumor). Three-dimensional cell systems derived from cell lines, i.e. from cells that have been isolated from a tissue but which have undergone many passages in vitro to acquire homologous and standardized characteristics, would therefore not be classifiable as organoids, even between different laboratories. Cell lines are easier to grow in the laboratory than primary cells, but they do not represent the natural differences that exist between individuals. They therefore do not allow researchers to test whether certain therapies work on specific groups of patients.

The researchers also proposed a system for the classification and nomenclature of organoids, based on precise characteristics: how many and which types of cells compose them and how they interact with each other, which is the tissue of origin and what their final appearance in vitro. According to this classification, organoids have been divided into three types: epithelial, multi-tissue and multi-organ.

Epithelial organoids are made up of cells from a single embryonic sheet (one of the three layers of cells that form early in the embryo and give rise to different organs and tissues). A single cell can expand, giving rise to many of the same cells (clones). Multi-tissue organoids are made up of cells from at least two embryonic sheets that expand in a coordinated manner, with a type of organization that replicates the internal one of the original organ, made up of different tissues. Multi-organ organoids are the most complex and also the least described in the scientific literature. They are made up of cells derived from different organs, organized in such a way as to reproduce the position and mutual interaction between two or more organs of the human body on the three dimensions of space.

PRESENT AND FUTURE OF ORGANOIDS
The consensus work is based on organoids derived from the liver, pancreas and bile duct, but its conclusions would also be valid for other types of tissues and above all, the researchers underline, for organoids that do not yet exist but will see the light in the near future. Over fifty scientists from around the world collaborated for the first time on a clear definition and coherent system for describing organoids. “This method has worked very well – said Professor Spee – it can also be used in other scientific fields where it is necessary to reach consensus on a certain terminology”.

previous
How does a bioreactor work?